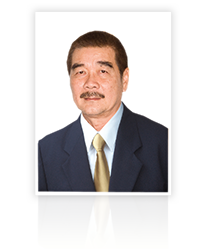 Sincerely Yours,
Mr.Tirachai Vutithum
Chairman of the Board of Directors

The situation of the COVID-19 epidemic since the beginning of 2020 has caused the world economy to face severe crisis Causing impacts both on life The economy and society are enormous. This resulted in the economic slowdown and halt. Various locations including cinemas around the world must be closed accordance with the epidemic control measures. As a result, many films had to be postponed or had to take a break shooting. Although the overall of Thailand is able to cope with the first outbreak very well but at the end of the year, it had to face a new wave of outbreaks. As a result, even if the cinema was opened, it still could not run the business at full capacity.

Regarding the M Pictures Group has been greatly affected as well but this year we still have the highest grossing Thai movies such as “Riam Fighting Angle” and the animated movie “Demon Slayer” that the company bought the film rights to distribute. This makes the group of companies foresaw an opportunity to produce both Thai films by themselves and find a venture capitalist also push more the Asian anima-tion films into the film industry in Thailand. In addition, the M Pictures Group has developed and improved the efficiency of Thai films production go together expanding and adding more income channels such as VOD Platform, cable TV, digital online channels to keep up with the changes in consumer technology be-havior. It also focuses on the management of cost control and expenses to be more efficient.

On this occasion, I, on behalf of the Board of Directors, would like to express our highest appreciation to shareholders, investors, clients, business partners and associates for any kind supports. In addition, I would like to thank all the executives and also the employees for their hard work, dedication, and responsibility on various important assignments which firmly and increasingly strengthen the company as well as subsequently lead the organization to the goal-oriented achievement. I believe that the company still has prosperous potentials to grow further and I wish for your unfaltering support and cooperation.